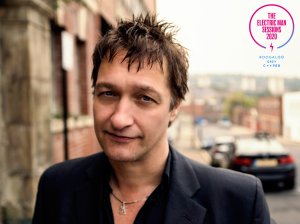 One of the things to keep me ticking over is focus on a greater reality.

Traditionally, in music your greater reality was to be found by ignoring the ‘sanitised’ pop music which was supposed to be inferior to more ‘serious’ music. For instance, is Chick Corea preferable to Beyonce? The answer of course, is yes. On the other hand, I don’t listen to either. Chick Corea was always too heavy for me, but I did recognise his excellence.

These days you are unlikely to get a radical voice from anywhere in the music industry. Not in the musical or wider social sense, just as you will most certainly not get such a voice on the TV. It is not allowed anymore. Probably not in music and certainly not in the mass media. They are both controlled by people who represent something which does not have your interests at heart. That which they represent I can best describe as a highly organised but adverse international entity, which manifests in most areas of society, including academia and government.

However, you can still choose and craft a reality which is not subject to the mind rot and debris of the mass news and information media. Isn’t it better to personally choose what you will spoon-feed to your Being? Take charge of the precious gifts of inspiration and knowledge you can and will access.

What you watch and listen to on television, radio and advertising, what you read in newspapers and magazines is almost without exception carefully engineered propaganda. Fully designed to coerce your behaviour, programme your thoughts and reduce or eliminate your ability to be a creative, interdependent, but free Spirit. Keep ownership of your plans, your dreams. There is no ‘free’ press in this country or just about any other country, so best not to be fooled.

Break the dark stranglehold of the mass media and TV news on your perception. Then the welcome dispositions of friendliness, compassion, joy and equanimity will arise more naturally.

Actually, among the very best things to do is simply search out the type of news that the mainstream media censors. If you see organised trends and patterns in the news and the usual paid puppets rolled out to back it up, assume the opposite to what you are being told. That is a great starting point for getting to the truth and establishing a solid base of self-empowerment.

Nurture your intentions and prosper them with belief and calls to action drawn from the genuine inner wellspring which exists within each one of us. This ability is not only our birthright, but our ancestors worked so hard to develop this internal resourcefulness through generations and generations of endeavour going back tens of thousands of years.  On the other hand, forces and modes of thought embodied in the international mass media, certain institutions and elsewhere despise connection with an ancestral lineage. That in itself is perhaps a good reason to reconsider and embrace such a concept.

The echo of our ancestral Spirits will resonate beneficially to anyone who so opens to them. These are among the things which enable us to evolve and stay free.

Staying free in mind, body and Spirit is the greatest gift we can pass on to ourselves and each other.